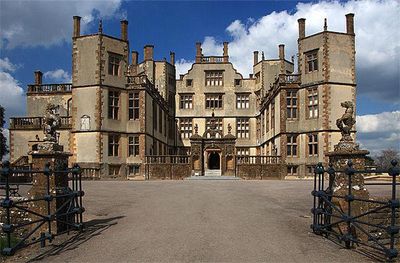 Sherborne Castle is a 16th-century Tudor mansion southeast of Sherborne in Dorset, England, within the parish of Castleton. It stands in a 1,200-acre park which formed a small part of the 15,000-acre Digby estate.

Sherborne Old Castle ) is the ruin of a 12th-century castle in the grounds of the mansion. The castle was built as the fortified palace of Roger de Caen, Bishop of Salisbury and Chancellor of England, and still belonged to the church in the late 16th century.