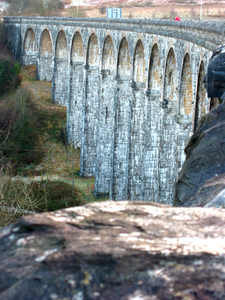 The town is said to be named after Tydfil, a daughter of King Brychan of Brycheiniog. According to her legend, she was slain at Merthyr by pagans around 480 AD; the place was subsequently named Merthyr Tydfil in her honour. Although merthyr generally means "martyr" in modern Welsh, the meaning here is closer to the Latin martyrium: the mausoleum or church built over the relics of a martyr. Similar examples, all from south Wales, are Merthyr Cynog, Merthyr Dyfan and Merthyr Mawr.