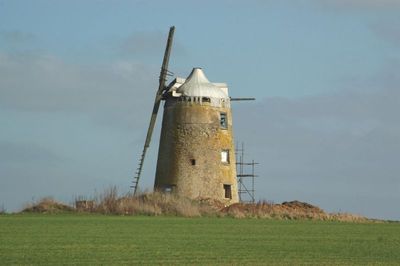 Great Haseley is a village and civil parish in South Oxfordshire, England. The village is about 4.5 miles southwest of Thame. The parish includes the hamlets of Latchford, Little Haseley and North Weston and the house, chapel and park of Rycote. The parish stretches 6 miles along a northeast — southwest axis, bounded by the River Thame in the north, Haseley Brook in the south and partly by a boundary hedge with Little Milton parish in the west. The 2011 Census recorded a parish population of 511.
The Domesday Book of 1086 records that a Norman nobleman, Miles Crispin of Wallingford, held the manor of Great Haseley. In the 13th century the manor was held by Roger Bigod, 2nd Earl of Norfolk. In 1332 Edward III granted Great Haseley to William de Bohun, 1st Earl of Northampton. In 1482 Edward IV granted the manor to the dean and canons of St George's Chapel, Windsor Castle.