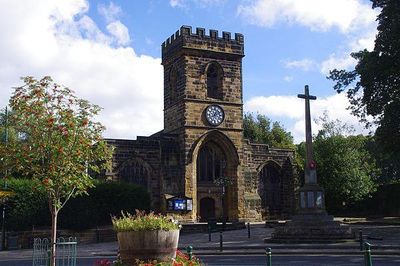 Guisborough GHIZ-bər-ə) is a market town and civil parish in North Yorkshire, England. It is administered by the unitary authority of Redcar and Cleveland, in which Guisborough ward had a population of 7,662 at the 2011 census. The civil parish of Guisborough, including the outlying villages of Upleatham, Dunsdale and Newton under Roseberry, had a population of 17,777.
Guisborough, once in the North Riding of Yorkshire, was part of the County of Cleveland from 1974 to 1996, and is now in the unitary authority of Redcar and Cleveland.