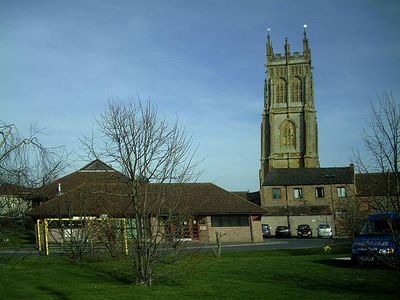 North Petherton is a small town and civil parish in Somerset, England, situated on the edge of the eastern foothills of the Quantocks, and close to the edge of the Somerset Levels.
The town has a population of 6,730. The parish includes Hamp, Melcombe, Woolmersdon and Huntworth.

Dating from at least the 10th century and an important settlement in Saxon times,
North Petherton became a town only in the late 20th century, until then claiming to be the largest village in England.