RouteYou » Wikipedia » Places of interest » Stanford in the Vale 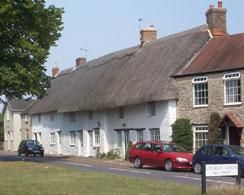 Stanford in the Vale is a village and civil parish in the Vale of White Horse about 3 1⁄2 miles south-east of Faringdon and 5 miles northwest of Wantage. It is part of the historic county of Berkshire, however since the 1974, it has been administered as a part of Oxfordshire. The 2011 Census recorded the parish's population 2,093.
Stanford is a village with a clustered centre just north of the nascent River Ock, which is a tributary of the River Thames and flows from west to east through the parish. The parish is about 2 miles wide north – south but extends for more than 4 1⁄3 miles east – west along the course of the Ock and its tributaries. One tributary, Stutfield Brook, forms the southeast boundary of the parish. Another, Frogmore Brook, forms part of the northern boundary. The western boundary follows the edges of present and former fields.

Stanford in the Vale, Vale of White Horse, United Kingdom