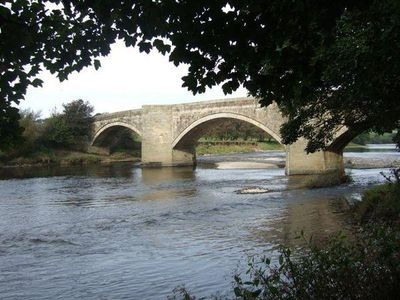 Gressingham is a small village and civil parish in the City of Lancaster in the English county of Lancashire. It is north of the River Lune and across the river from Hornby. In the 2001 census, it had a population of 153.
St John the Evangelist's Church was originally built in the 12th century and is a Grade I listed building. It was partly rebuilt in 1734, and restored by Edward Paley in 1862.