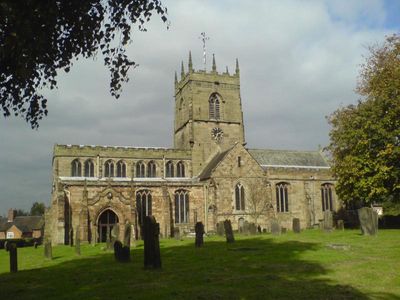 The landmarks of interest in Gnosall include the St. Lawrence Church, which dates from Norman times and stands over the site of an earlier Saxon church; the Coton Mill, where it is claimed self-raising flour was invented; the Shropshire Union Canal.

The Rev. Adam Blakeman, the Puritan minister who founded the early American town of Stratford, Connecticut, was born in Gnosall in 1596.