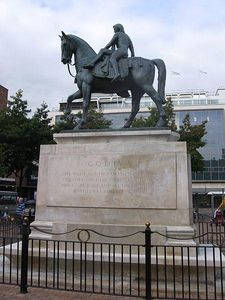 Coventry KOV-ən-tree or KUV-) is a city, administrative centre and metropolitan borough in England and the United Kingdom. It is built on the River Sherbourne, which remains largely hidden by infrastructure, although it can be seen by the canal. Coventry has been a large settlement for centuries, although it was not founded and given its city status until the Middle Ages; since then it has been one of the most important and largest cities of the country. The conurbation consists of the Coventry and Bedworth Urban Area, being the 20th largest in the country; the city is governed by Coventry City Council.