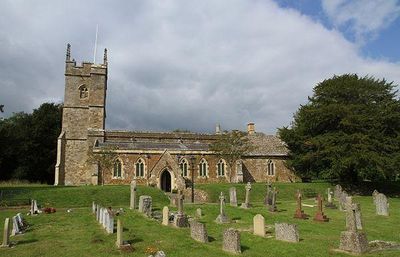 Kingham is a village and civil parish in the Cotswolds about 4 miles southwest of Chipping Norton, Oxfordshire. The 2011 Census recorded the parish's population as 913.
The Church of England parish church of St Andrew has a 14th-century Perpendicular Gothic west tower with a 15th-century top. The chancel was rebuilt in 1688. In 1852–53 the church was heavily restored and the south aisle was added. The tower has a ring of eight bells, all cast in 1924 by John Taylor & Co of Loughborough. The church is a Grade II* listed building.