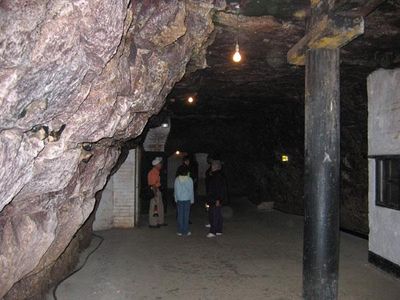 Chislehurst Caves are a series of intersecting man-made tunnels and caverns covering some 22 miles in Chislehurst in south east London, England. From the mid-13th to early-19th centuries the 'caves' were created from the mining of flint and lime-burning chalk.

Today the caves are a tourist attraction and although they are called caves, they are entirely man-made and were dug and used as chalk and flint mines. The earliest recorded mention of the mines and lime burning kilns above dates 9th century Saxon charter and then not again until around 1232AD and they are believed to have been last worked in the 1830s.