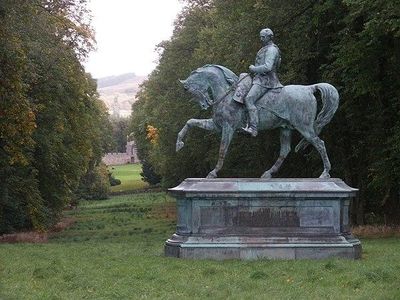 Chillingham Castle is a medieval castle in the village of Chillingham in the northern part of Northumberland, England. It was the seat of the Grey and Bennett families from the 15th century until the 1980s, when it became the home of Sir Edward Humphry Tyrrell Wakefield, 2nd Baronet, who is married to a member of the original Grey family.

A large enclosed park in the castle grounds is home to the Chillingham cattle, a rare breed, consisting of about 90 head of white cattle.