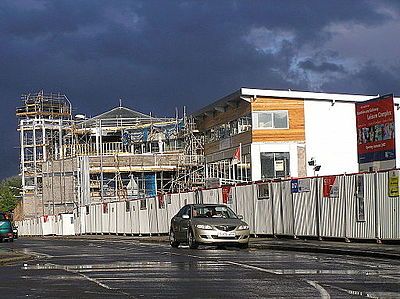 Dumfries dum-FREESS; possibly from Scottish Gaelic: Dùn Phris) is a market town and former royal burgh within the Dumfries and Galloway council area of Scotland, United Kingdom. It is located near the mouth of the River Nith into the Solway Firth. Dumfries was a civil parish and became the county town of the former county of Dumfriesshire. Dumfries is nicknamed Queen of the South. People from Dumfries are known colloquially as Doonhamers.
There are at least three theories on the etymology of the name. One is that the name Dumfries originates from the Scottish Gaelic name Dùn Phris which means "Fort of the Thicket". Another is that it comes from a Brythonic cognate of the alleged Gaelic derivation . According to a third theory, the name is a corruption of two Old English or Old Norse words which mean the Friars’ Hill; those who favour this idea allege the formation of a religious house near the head of what is now the Friars’ Vennel. If the name were English or Norse, however, the expected form would have the elements in reversed orientation .