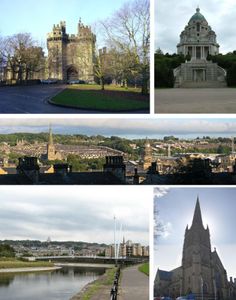 The city's name was first recorded in the Domesday Book in 1086 as Loncastre, where "Lon" refers to the River Lune, and "castre", from the Old English cæster and Latin castrum for "fort", refers to the Roman fort which stood at the site.