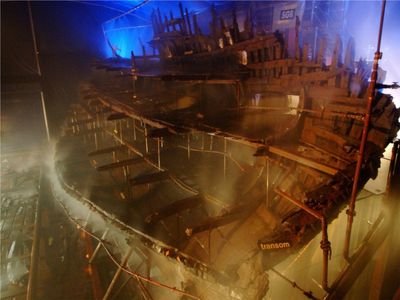 The name of Military Road is no coincidence. The English always realized that the Isle of Wight was a very vulnerable spot for invasions. That´s why they put a lot of defence systems here on the island. The Military Road is one of them so the army could move quickly and patrol from one place to another. The real last invasion took place in 1545. The famous ship the Mary Rose was part of that battle. While leading the attack on the galleys of a French invasion fleet, she sank in the Solent, the straits north of the Isle of Wight. The French did get on the island.