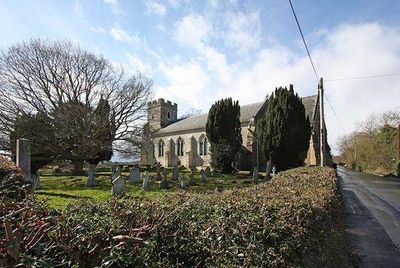 The parish church is dedicated to St George. It was built in 1821 and was provided as a chapel of ease so that parishioners did not have the long climb to St. Nicholas, the parish church of Sevenoaks. Land and funds were given for the chapel and churchyards by the Lambarde family. Architect Thomas Graham Jackson added a chancel in 1871; the funds were provided by the Hodgson family. Weald Methodist Church on the village green opened in 1843; and also in the village is a former Brethren Gospel Hall dating from 1875 and the former St Edward the Confessor's Roman Catholic Church.