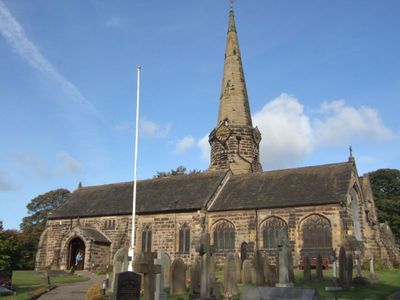 Aughton is a village and civil parish in the Borough of West Lancashire of Lancashire, England, between Ormskirk and Maghull. It is a residential area with tree lined roads being found in all parts of the parish and an area of 1,658 hectares. The northern part is known as Aughton village, the south-west as Holt Green and the south-east as Town Green.

At the 2001 Census, Aughton had a population of 8,342, reducing to 8,068 at the 2011 Census. The parish includes Aughton village itself, and part of the Aughton Park estate, which is a southern suburb of Ormskirk, along with Town Green in the south-east and Holt Green in the south-west.