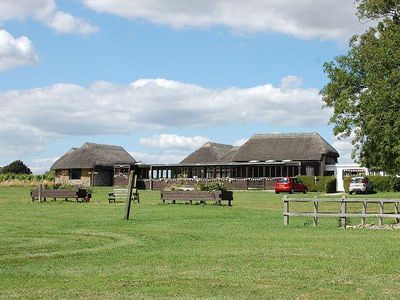 Bignor Roman Villa is a large Roman courtyard villa which has been excavated and put on public display on the Bignor estate in the English county of West Sussex. It is well known for its high quality mosaic floors, which are some of the most complete and intricate in the country.

The villa is situated just north of the South Downs close to Stane Street, about 9 miles north-east of Chichester and the nearby and much larger Fishbourne Roman Palace. It is on the south-facing slope of a ridge of greensand which provided better conditions for agriculture than the nearby chalk; this fact and its proximity to Roman Chichester meant that the owners were able to become wealthy from farming.