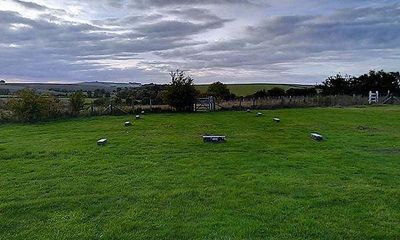 The Sanctuary was a stone and timber circle near the village of Avebury in the south-western English county of Wiltshire. Excavation has revealed the location of the 58 stone sockets and 62 post-holes. The ring was part of a tradition of stone circle construction that spread throughout much of Britain, Ireland, and Brittany during the Late Neolithic and Early Bronze Age, over a period between 3300 and 900 BCE. The purpose of such monuments is unknown, although archaeologists speculate that the stones represented supernatural entities for the circle's builders.