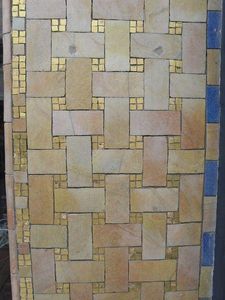 Source: The Voice of Hassocks

The Freemasons Tavern is a 19th-century pub in the Brunswick Town area of Hove, part of the English city of Brighton and Hove. Built in the 1850s in a Classical style similar to the surrounding buildings in the rapidly growing Brunswick Town area, it was given a "spectacular" renovation when a restaurant was added in the 1920s. Local architecture firm Denman & Son designed an ornate Art Deco interior and an elaborate, brightly coloured entrance adorned with Masonic symbols; both the exterior and the interior survive in excellent condition. The tavern is a Grade II Listed building.

The early 19th-century development of the Brunswick Town estate—a self-contained community between Hove and neighbouring Brighton, with high-class housing forming an architectural set-piece around extensive seafront lawns, and lower-class houses in surrounding streets—was prompted by the rapid growth of Brighton over the preceding half-century and the willingness of architects, builders and speculators to design impressive lodging houses to attract fashionable upper-class visitors. The estate, designed and planned mostly by Charles Busby, lay within the parish of Hove but was generally considered to be part of Brighton, which at the time was much better regarded than the "mean and insignificant assemblage of huts" which made up Hove village. Work began in 1824 and continued for many years, but a second phase involving the construction of another three grand squares was unrealised.