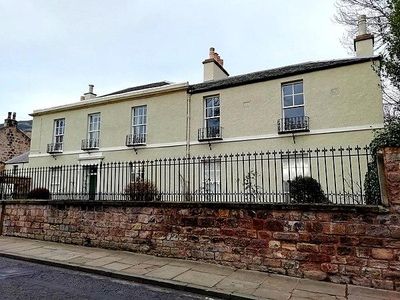 The estate wherein Duddingston Village now lies was first recorded in lands granted to the Abbot of Kelso Abbey by David I of Scotland between 1136–47, and is described as stretching from the Crag to the Magdalene Bridge. This land grant included the settlement known by the name of Treverlen or Traverlin, in the western part of it; this being the oldest known name of the village and estates that eventually became known as Duddingston. There are several possibilities for the etymology of "Treverlen":

All these names originate in the Celtic Brythonic languages, which pre-date the use of the Gaelic or Saxon tongues in Scotland, suggesting that they may go back to the time of some of the earliest settlements on Arthur's Seat. The last two names, in particular, fit well as a possible name for the Celtic crannog settlement which stood in the southernmost corner of Duddingston Loch.