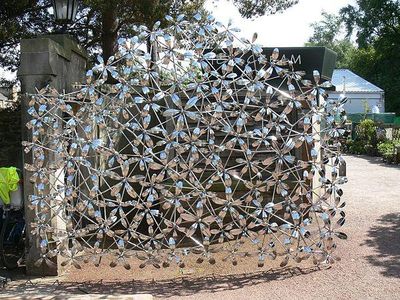 The Royal Botanic Garden Edinburgh is a scientific centre for the study of plants, their diversity and conservation, as well as a popular tourist attraction. Founded in 1670 as a physic garden to grow medicinal plants, today it occupies four sites across Scotland — Edinburgh, Dawyck, Logan and Benmore — each with its own specialist collection. The RBGE's living collection consists of more than 13,302 plant species, whilst the herbarium contains in excess of 3 million preserved specimens.
The Royal Botanic Garden Edinburgh is an executive non-departmental public body of the Scottish Government. The Edinburgh site is the main garden and the headquarters of the public body, which is led by Regius Keeper, Simon Milne.