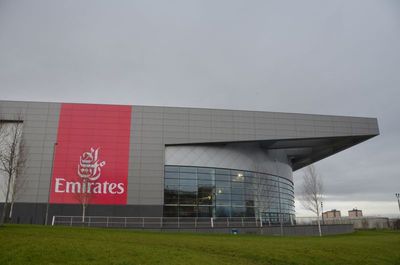 The Commonwealth Arena and Sir Chris Hoy Velodrome, known for sponsorship reasons as the Emirates Arena, is an indoor arena and velodrome in Dalmarnock, Glasgow, Scotland. Built for the 2014 Commonwealth Games, these venues hosted the badminton and track cycling events. Situated opposite Celtic Park in the East End of Glasgow, the complex is the headquarters of Sportscotland and Scottish Cycling.