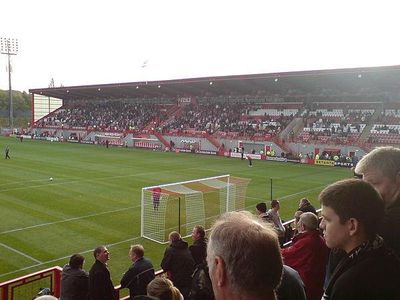 New Douglas Park, currently known as the Fountain of Youth Stadium for sponsorship purposes, is a football stadium in Hamilton, South Lanarkshire, Scotland, which serves as the home of Scottish Premiership side Hamilton Academical. It takes its name from Douglas Park, the club's former stadium which was located immediately to the south of the current site.

The stadium is located in the north of Hamilton, close to the Burnbank and Whitehill residential areas and to Hamilton West railway station. Construction of the stadium was completed by Ballast Nedam in 2001; the initial intention was for its name to be The Ballast Stadium.