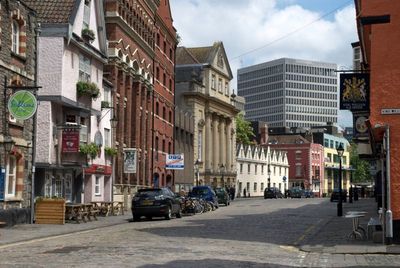 The street lies just south of the old town wall and was laid out in 1650 to develop the Town Marsh, the area then lying between the south or Marsh Wall and the Avon. The north side was developed first and the south side in 1663, when the street was named after Charles II.