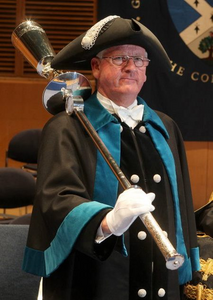 Glasgow Caledonian University is a public university in Glasgow, Scotland. It was formed in 1993 by the merger of The Queen's College, Glasgow and Glasgow Polytechnic .
In June 2017, the university's New York partner institution, which was founded in 2013, was granted permission to award degrees in the state, the first higher education institution founded by a foreign university to achieve this status.