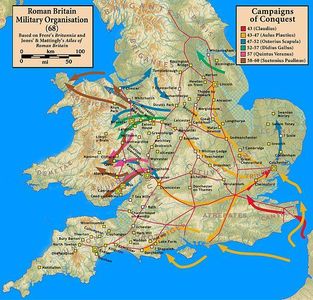 Strutt's Park Roman Fort was a Roman fort in Strutt's Park, a suburb of Derby in Derbyshire, England. It was built around the year 50 and replaced, probably between the years 75 and 80, by a new fort at Little Chester on the opposite bank of the River Derwent.
The site of the fort was under the present day Duffield Road and Belper Road; the first report of its existence appeared in 1967. Excavations in 1995 revealed terracing, stone wall footing and a cobbled pavement. Finds of pottery from the excavations are partly held by the Trent & Peak Archaeological Trust, partly at Derby Museum.