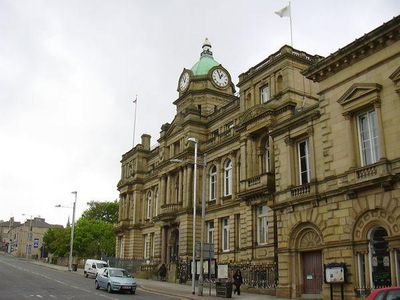 The Borough of Burnley () is a local government district of Lancashire, England, with the status of a non-metropolitan district and borough. It has an area of 42.7 square miles and a population of 88,920 , and is named after its largest town, Burnley. The borough is bounded by Hyndburn, Ribble Valley, Pendle, Rossendale – all in Lancashire – and the borough of Calderdale in West Yorkshire. It is governed by Burnley Borough Council, which is currently under no overall control following the 2019 local elections.

The district was formed on 1 April 1974, when the former county borough of Burnley merged with the urban district of Padiham and part of Burnley Rural District.