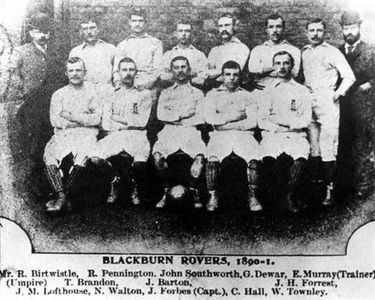 Blackburn Rovers Football Club is a professional football club in Blackburn, Lancashire, England, which competes in the Championship, the second tier of the English football league system.

The club was established in 1875, becoming a founding member of The Football League in 1888 and the Premier League in 1992. In 1890, Rovers moved to Ewood Park. Blackburn Rovers have been English champions three times, and have won six FA Cups, one Football League Cup and one Full Members' Cup. The club has spent most of its existence in the top flight of English football.