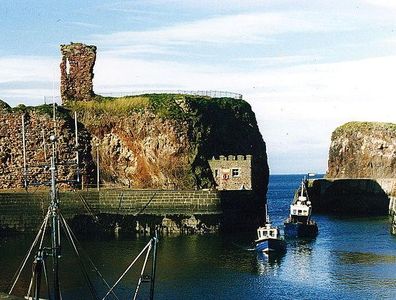 Dunbar Castle is the remnants of one of the strongest fortresses in Scotland, situated in a prominent position overlooking the harbour of the town of Dunbar, in East Lothian.

The Votadini or Gododdin are thought to have been the first to defend this site as its original Brythonic name, dyn barr, means 'the fort of the point'. By the 7th century, Dunbar Castle was a central defensive position of the Kings of Bernicia, an Anglian kingdom that took over from the British Kingdom of Bryneich.