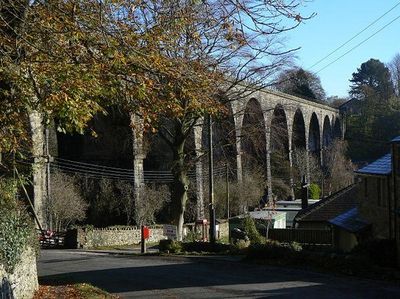 Ingleton railway station was one of two stations serving the village of Ingleton, North Yorkshire, England. It was originally open for just ten months between 1849 and 1850, and did not reopen until 1861. It then served as the frontier between the Midland Railway to the south and the London and North Western Railway to the North, with trains from each railway terminating at the station. Through trains did not begin until the two companies were merged in 1923. The station closed in 1954. The village's Community Centre is now on the site of the former station.

Ingleton station opened on 31 July 1849 as a temporary northern terminus of the "Little" North Western Railway , who were authorised to build a line from Skipton to Tebay. However, the company ran into financial difficulty and decided to concentrate on the less expensive construction of a branch line to Lancaster, and on completion of that branch, the short section between Clapham and Ingleton was closed only ten months after opening, on 1 June 1850.