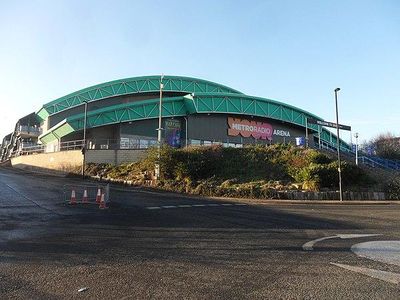 The Utilita Arena Newcastle is a sports and entertainment arena in the city of Newcastle upon Tyne, North East England, United Kingdom. Owned and operated by ASM Global and sponsored by Utilita Energy, it hosts music, entertainment, sports & business events. Having also had various professional basketball and ice hockey teams as tenants for much of its history, since 2009 it has had no ice hockey team after the departure of the Newcastle Vipers to the Whitley Bay Ice Rink, and no basketball team since the departure of the Newcastle Eagles to Northumbria University's Sport Central arena in 2010.

Two well known local musicians conceived and helped build the arena, Chas Chandler and his business partner Nigel Stanger, together with invaluable help from local Price Waterhouse Corporate Finance partner John Wall. The NYSE listed Ogden Corporation was awarded a 20-year contract in February 1995 to design the arena, and once completed, to manage the facility including booking and promotion. According to Ogden, the arena clearly filled a market opportunity for touring acts who had otherwise bypassed the area, with the next nearest local venue being the 2,000 seat Newcastle City Hall, and the only other medium-sized venues being as far away as Sheffield to the south or Glasgow to the north. Acts that did visit the region often had to make use of the 3,200 seat Whitley Bay Ice Rink.