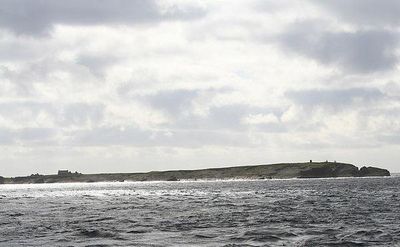 Swona is the more northerly of two islands in the Pentland Firth between the Orkney Islands and Caithness on the Scottish mainland. It lies in the southern approach to Scapa Flow, west of South Ronaldsay.

Situated in the tidal stream of the Pentland Firth, a tidal race is present at both the north and south ends of the island, being minimal briefly at the turn of the tide. Between the races is a calm eddy which extends down-tide as the tide strengthens. The races are highly visible, with over-falls and whirlpools. Large swell waves can also be present, especially in bad weather conditions. When entering or leaving the eddies crossing the races, even large powerful vessels can be pushed off course, such is the demarcation between the relatively calm eddy and the fast-moving tide in the races.