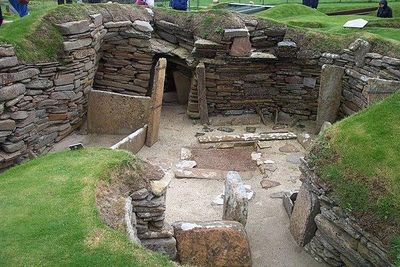 Heart of Neolithic Orkney refers to a group of Neolithic monuments found on the Mainland of the Orkney Islands, Scotland. The name was adopted by UNESCO when it proclaimed these sites as a World Heritage Site in 1999.

Ness of Brodgar is an archaeological site between the Ring of Brodgar and the Stones of Stenness that has provided evidence of housing, decorated stone slabs, a massive stone wall with foundations, and a large building described as a Neolithic "cathedral". Although it is not part of the World Heritage Site, the Ness of Brodgar "contribute[s] greatly to our understanding of the WHS" according to Historic Scotland, which manages most of the site.