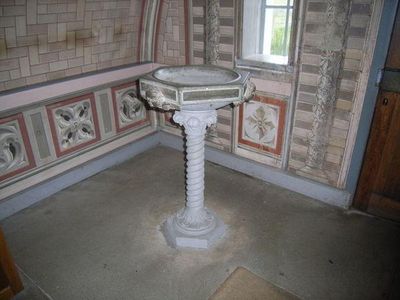 The Italian Chapel is a highly ornate Catholic chapel on Lamb Holm in the Orkney Islands. It was built during World War II by Italian prisoners of war, who were housed on the previously uninhabited island while they constructed the Churchill Barriers to the east of Scapa Flow. Only the concrete foundations of the other buildings of the prisoner-of-war camp survive. The chapel was not completed until after the end of the war, and was restored in the 1960s and again in the 1990s. It is a popular tourist attraction, and a category A listed building.
It is in the Roman Catholic Parish of Our Lady & St Joseph in Orkney, part of the Roman Catholic Diocese of Aberdeen. Mass is held in the chapel on the first Sunday of the summer months .