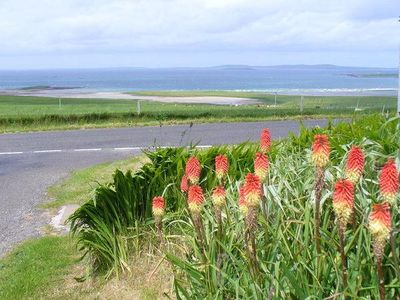 Shapinsay is one of the Orkney Islands off the north coast of mainland Scotland. There is one village on the island, Balfour, from which roll-on/roll-off car ferries sail to Kirkwall on the Orkney Mainland. Balfour Castle, built in the Scottish Baronial style, is one of the island's most prominent features, a reminder of the Balfour family's domination of Shapinsay during the 18th and 19th centuries; the Balfours transformed life on the island by introducing new agricultural techniques. Other landmarks include a standing stone, an Iron Age broch, a souterrain and a salt-water shower.

With an area of 29.5 square kilometres , Shapinsay is the eighth largest island in the Orkney archipelago. It is low-lying and fertile, consequently most of the area is given over to farming. Shapinsay has two nature reserves and is notable for its bird life.