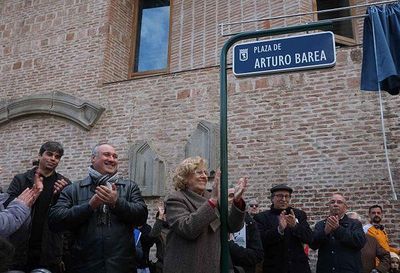 Arturo Barea Ogazón was a Spanish journalist, broadcaster and writer. After the Spanish Civil War, Barea lived in exile in the United Kingdom until his death.

Barea was born in Badajoz, of humble origins. His father died when he was four months old, so his mother, with four young children to support, worked as a laundress, washing clothes in the River Manzanares, while the family lived in a garret in the poor Lavapiés district of Madrid. Barea was semi-adopted by his aunt and uncle who were prosperous enough to send him to school. This resulted in his first experience of the class divisions that riddled Spanish society, when his own sister accused him of "acting the gentleman" while she worked as a servant. He left school aged 13 and got a job at a bank as an office boy and copyist, though did not become a fully paid employee for another year. He later quit after being fined for breaking a glass-plate desk cover.