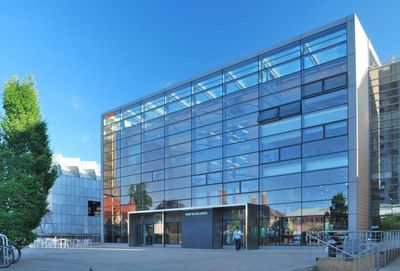 The University of Leicester LES-tər) is a public research university based in Leicester, England. The main campus is south of the city centre, adjacent to Victoria Park. In 1957, the university's predecessor gained university status.

The University is ranked 201-301 in the world and Top 30 in the UK in the Academic Ranking of World Universities , known as the Shanghai Rankings. Leicester is placed 223rd in the 2019 QS World University Rankings, up an impressive 15 places from the previous year.