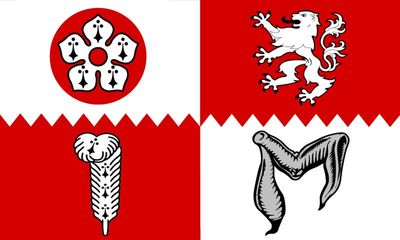 Harborough () is a local government district of Leicestershire, England, named after its main town, Market Harborough. Covering 230 square miles , the district is by far the largest of the eight district authorities in Leicestershire and covers almost a quarter of the county.

The district extends south and east from the Leicester Urban Area; on the east it adjoins the county of Rutland; has a boundary on the north with the boroughs of Charnwood and Melton; on the south it has a long boundary with the county of Northamptonshire comprising the Boroughs of Corby, Kettering and the district of Daventry. To the west the boundary is with Warwickshire and the borough of Rugby, a boundary formed for much of its length by the line of Watling Street. The north-western boundary of the district adjoins Blaby District and the borough of Oadby and Wigston. The villages of Thurnby, Bushby and Scraptoft abut the suburbs of the City of Leicester.