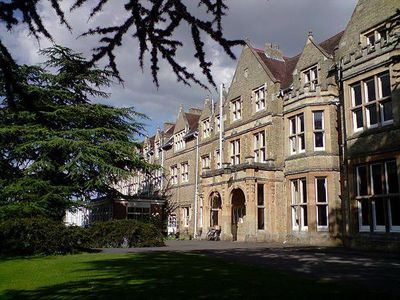 St Hilda's College is one of the constituent colleges of the University of Oxford in England. The college is named after the Anglo-Saxon Saint, Hilda of Whitby and was founded in 1893 as a hall for women; remaining an all-women's college until 2008. St Hilda's was the last single-sex college in the university as Somerville College had admitted men in 1994. The college now has almost equal numbers of men and women at both undergraduate and postgraduate level.

St Hilda's was founded by Dorothea Beale in 1893, as St Hilda's Hall. It was founded as a women's college, a status it retained until 2008. Whilst other Oxford colleges gradually became co-educational, no serious debate at St Hilda's occurred until 1997, according to a former vice-principal, and then the debate solely applied to the issue of staff appointments. After a vote on 7 June 2006 by the Governing Body, men and women can be admitted as fellows and students. This vote was pushed through with a narrow margin and followed previous unsuccessful votes which were protested by students because of the "high-handed" manner in which they were held. The change was met with some dismay from alumnae.