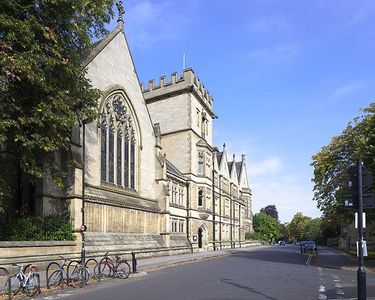 Harris Manchester College is one of the constituent colleges of the University of Oxford in the United Kingdom. It was founded in Warrington in 1757 as a college for Unitarian students and moved to Oxford in 1893. It became a full college of the university in 1996, taking its current name to commemorate its predecessor the Manchester Academy and a benefaction by Lord Harris of Peckham.

The college is one of very few mixed-sex higher education colleges in the UK whose postgraduate and undergraduate places are exclusively for students aged 21 years or over. The Principal of the college is the historian, Professor Jane Shaw.