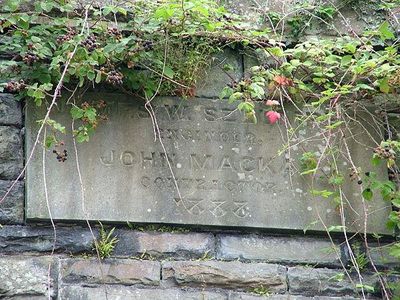 Pontypridd Graig railway station was a railway station located in the South Wales valleys town of Pontypridd, on the Barry Railway. Although the line was opened for mineral traffic on 8 July 1889 to take coal from Rhondda to the Docks, the passenger service did not start until 16 March 1896 after much lobbying from local residents along the line. On that date, Barry services commenced between the Taff Vale station at Porth and Barry where the train terminated in the bay platform . On 7 June 1897, a new passenger service began between Pontypridd and Cardiff Clarence Road via St Fagans and Cardiff Riverside. Train journeys commenced at Pontypridd because the Taff Vale was not willing to allow direct competition with its own services from Porth to Cardiff Queen Street. The station was closed to passengers on 10 July 1930 by the GWR who diverted trains via Treforest Junction to its main station at Pontypridd Central.