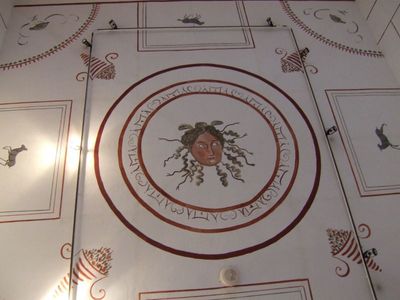 Arbeia was a large Roman fort in South Shields, Tyne & Wear, England, now ruined, and which has been partially reconstructed. It was first excavated in the 1870s and all modern buildings on the site were cleared in the 1970s. It is managed by Tyne and Wear Museums as Arbeia Roman Fort and Museum.

The fort stands on the Lawe Top, overlooking the mouth of the River Tyne. Founded in about AD 160, the Roman Fort guarded the main sea route to Hadrian's Wall. It later became the maritime supply fort for Hadrian's Wall, and contains the only permanent stone-built granaries yet found in Britain. It was occupied until the Romans left Britain in the 5th century.