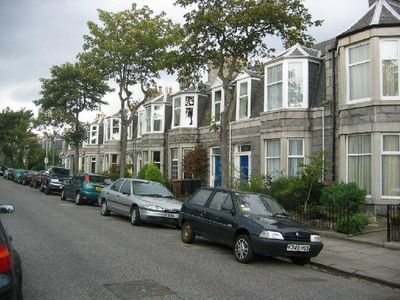 Mannofield is an affluent area of Aberdeen, Scotland. It is situated in the west end of the city and is accessible by travelling through the A93 Aberdeen - Perth road, the A90 Edinburgh to Fraserburgh road and the A96 . Mannofield is also a short walking distance away from Aberdeen City Centre and has good road and bus links to the city and beyond. Much of Aberdeen's water is supplied by the water works / reservoir on St John's Terrace and the reservoir on Craigton Road.

Robert Balmanno purchased part of the Aberdeen "Freedom Lands", formerly known as the Foul Moors, from the Rubislaw Estate in 1772 and proceeded to drain the marshy tract for farmland. His strawberries were said to be the best of the Scottish crop, and sold in Covent Garden in London. He built a large home, Friendville, near the edge of his estate . A small community grew at the perimeter of Balmanno's Field, or Enclosure, the name thereafter evolving to Mannofield.