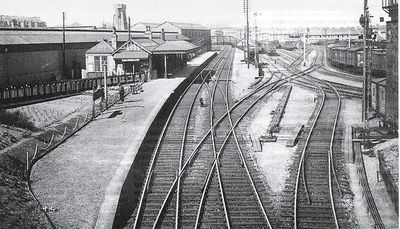 There have been three Kittybrewster railway stations at Kittybrewster, Aberdeen. The first opened in 1854 as a terminus of the Great North of Scotland Railway's first line to Huntly. This was replaced two years later by a station on a new line to a city terminus at Waterloo. It was replaced again when the Denburn Valley Line to Aberdeen Joint opened in 1867.

The Great North of Scotland Railway amalgamated with other railways to form the London and North Eastern Railway in 1923 and became part of British Railways when the railways were nationalised in 1948. The station was recommended for closure by Dr Beeching's report "The Reshaping of British Railways" and closed on 6 May 1968. The line remains open as the Aberdeen to Inverness Line.