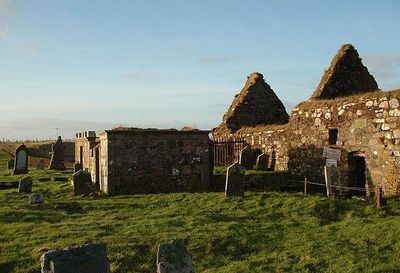 The Isle of Lewis ) is the northern part of Lewis and Harris, the largest island of the Western Isles or Outer Hebrides archipelago in Scotland. The two parts are frequently referred to as if they were separate islands. The total area of Lewis is 683 square miles .
Lewis is, in general, the lower-lying part of the island: the other part, Harris, is more mountainous. Due to its flatter, more fertile land, Lewis contains three-quarters of the population of the Western Isles, and the largest settlement, Stornoway. The island's diverse habitats are home to an assortment of flora and fauna, such as the golden eagle, red deer and seal, and are recognised in a number of conservation areas.