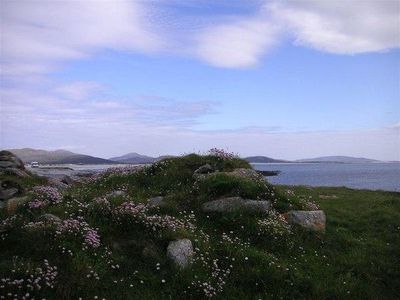 South Uist ) is the second-largest island of the Outer Hebrides in Scotland. At the 2011 census, it had a usually resident population of 1,754: a decrease of 64 since 2001. The island, in common with the rest of the Hebrides, is one of the last remaining strongholds of the Gaelic language in Scotland and the population – South Uist's inhabitants are known in Gaelic as Deasaich – is about 90% Roman Catholic.

The island is home to a nature reserve and a number of sites of archaeological interest, including one which is the only location in the British Isles where prehistoric mummies have been found. In the northwest, there is a missile testing range. In 2006 South Uist, together with neighbouring Benbecula and Eriskay, was involved in Scotland's biggest-ever community land buyout.