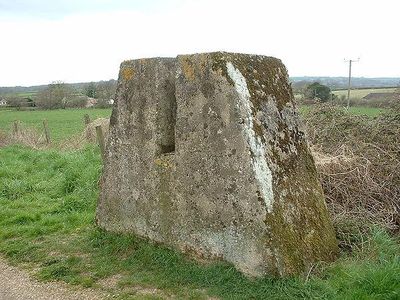 The Taunton Stop Line was a World War II defensive line in south west England. It was designed "to stop an enemy's advance from the west and in particular a rapid advance supported by armoured fighting vehicles which may have broken through the forward defences."
The Taunton Stop Line was one of more than 50 similar defensive lines that were constructed around England, all designed to compartmentalise the country to contain any breakthrough until reinforcements could arrive. Stop Lines used a combination of geography and construction to make continuous defences. The innermost and longest was the GHQ Line. They were constructed as part of a package of field fortifications planned under the leadership of General Sir Edmund Ironside, the newly appointed Commander-in-Chief, Home Forces.