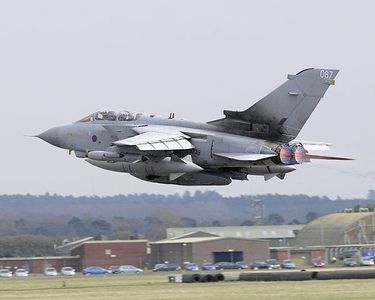 Royal Air Force Marham, or more simply RAF Marham , is a Royal Air Force station and military airbase near the village of Marham in the English county of Norfolk, East Anglia.

It is home to No. 138 Expeditionary Air Wing and, as such, is one of the RAF's "Main Operating Bases" . Since 6 June 2018, it has been home to the fifth generation Lockheed Martin F-35B Lightning operated by No. 617 Squadron. No. 207 Squadron became the second Lightning squadron to be based at RAF Marham when it reformed on 1 August 2019 as the F-35 Operational Conversion Unit.