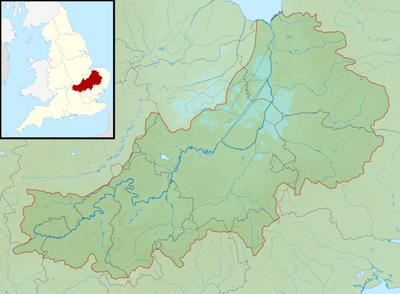 The River Great Ouse () is a river in the United Kingdom, the longest of several British rivers called "Ouse". From Syresham in central England, the Great Ouse flows into East Anglia before entering the Wash, a bay of the North Sea. With a course of 143 miles , mostly flowing north and east, it is one of the longest rivers in the United Kingdom. The Great Ouse has been historically important for commercial navigation, and for draining the low-lying region through which it flows; its best-known tributary is the Cam, which runs through Cambridge. Its lower course passes through drained wetlands and fens and has been extensively modified, or channelised, to relieve flooding and provide a better route for barge traffic. Though the unmodified river probably changed course regularly after floods, it now enters the Wash after passing through the port of King's Lynn, south of its earliest-recorded route to the sea.

The name Ouse is from the Celtic or pre-Celtic *Udso-s, and probably means simply "water" or slow flowing river. Thus the name is a pleonasm. The lower reaches of the Great Ouse are also known as "Old West River" and "the Ely Ouse", but all the river is often referred to simply as the Ouse in informal usage .